* "This [basketball] is the second most exciting indoor sport, and the other one shouldn't have spectators." - Dick Vertleib

* "My sister's expecting a baby, and I don't know if I'm going to be an uncle or an aunt." - Chuck Nevitt, North Carolina State basketball player, explaining to Coach Jim Valvano why he appeared nervous at practice

* "I told him, 'Son, what is it with you? Is it ignorance or apathy?' He said, 'Coach, I don't know and I don't care." - Frank Layden, Utah Jazz president, on a former player

* "What is so fascinating about sitting around watching a bunch of pituitary cases stuff a ball through a hoop?" - Woody Allen

* "I knew I was dog meat. Luckily, I'm the high-priced dog meat that everybody wants. I'm the good-quality dog meat. I'm the Alpo of the NBA." - Shaquille O'Neal

* "We have a great bunch of outside shooters. Unfortunately, all our games are played indoors." - Weldon Drew

* "There are really only two plays: Romeo and Juliet, and put the darn ball in the basket." - Abe Lemons

* "That's a terrible defensive effort by Robert Horry. He didn't even make it difficult for Rasheed Wallace to score."

Snapper: "Well, what do you expect? Earlier you said that Wallace could be one of the best players in the game, and now you want Robert Horry to guard him one-on-one?"

Bill: "No, I said that Rasheed could be the best player in the game." - Bill Walton & Snapper Jones

* "Tracy McGrady is doing things we've never seen from anybody - from any planet!" - Bill Walton

* "I look at the NBA as a football game without the helmet." - Tom Tolbert

* "John Stockton is one of the true marvels, not just of basketball, or in America, but in the history of Western Civilization!"

Tom Hammond: "Wow, that's a pretty strong statement. I guess I don't have a good handle on world history."

* "Son, looks to me like you're spending too much time on one subject." - Shelby Metcalf, basketball coach at Texas A&M, on what he told a player who received four F's and one D. 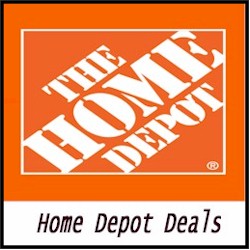 It looks like you're using an adblocker. We are an advertising supported site, and we would really appreciate if you would turn your AdBlocker off.